Spotlight on Mike Sossong and his Ever-Growing Raised Bed Gardens 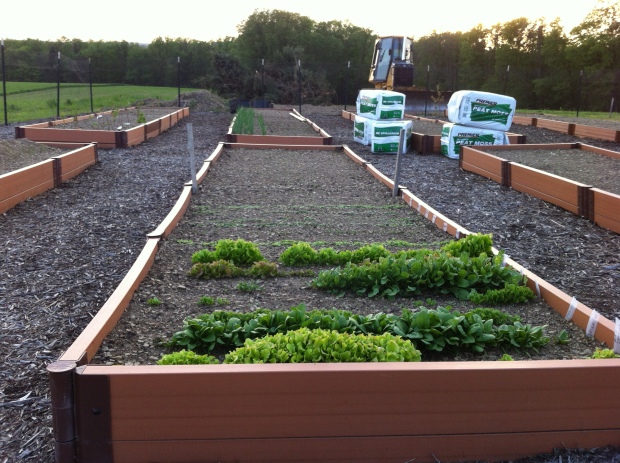 Mike Sossong of Portage, Pennsylvania has been an enthusiastic hobby farmer and grower since the mid 1990s. Since then, his projects have become predominantly focused around vegetable growing. Wanting to provide fresh produce for his family, Mike decided to give raised-bed gardening a shot. In 2012, he purchased six raised beds from Growers Supply® and has expanded his garden by another two beds this year.

“I purchased six 4’W x 16’L raised beds last year, and was very pleased with the results I saw,” Mike explains. He had read about raised bed gardening and how it was a good solution for growing in a smaller area. “I saw the kits for raised beds, and I wanted to maximize the output of my crops using the least amount of space possible. After reading about this kind of growing, I decided to give it a try!”

Mike saw an immediate increase in the production of his gardens and because of this, decided to expand his operation this year. “Three of the 4’W x 16’L beds have been expanded into 4’W x 24’L beds,” Mike says. “We also added an 8’W x 24’L bed, and are waiting on parts for another 4’W x 16’L.” The extended and additional raised beds will increase Mike’s crop variety, which currently consists of eight different lettuce varieties, onions, tomatoes, zucchini, asparagus and more. “We also grow berries, which we have devoted to one of the 4’W x 24’L beds,” he says. 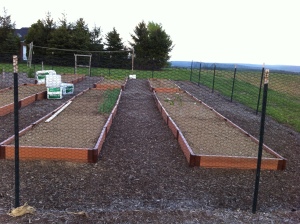 So far, Mike has been extremely pleased with his raised bed growing. “I love it!” Mike exclaims. “You can really get a lot of produce in a small area and be very efficient with your crop output.” When explaining why he chose Growers Supply for his raised beds, Mike says, “Growers Supply appeared to have the most functional and long-term solution for a raised-bed growing operation. I also found their products aesthetically pleasing, and just an overall superior product to others I’d seen. They are designed well and fit together very nicely.” Mike was also attracted to Growers Supply’s 5-year warranty on his beds, as well as the fact that they are low maintenance and easy to care for.  “I recommend this product to anyone who is a serious garden or grower,” Mike says. “It’s a great product!”